Title and Abstract of the Talk:

This keynote addresses the challenges and opportunities introduced by disruptive change in the current requirements engineering landscape. Sea changes in the way practitioners develop software, along with advances in Artificial Intelligence algorithms and the ubiquity of social media environments have created a goldilocks opportunity for innovative creativity that potentially touches every aspect of requirements engineering research. Coupled with passion and vision, these advances revitalize our ability to address open requirements challenges in new and meaningful ways. 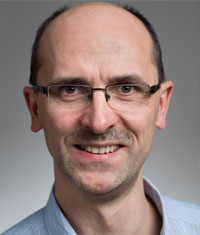 
Krzysztof Czarnecki is a Professor of Electrical and Computer Engineering at the University of Waterloo. Before coming to Waterloo, he was a researcher at DaimlerChrysler Research (1995-2002), Germany, focusing on improving software development practices and technologies in enterprise, automotive, and aerospace sectors. While at Waterloo, he held the NSERC/Bank of Nova Scotia Industrial Research Chair in Requirements Engineering of Service-oriented Software Systems (2008-2013) and has worked on methods and tools for engineering complex software-intensive systems. He received the Premier's Research Excellence Award in 2004 and the British Computing Society in Upper Canada Award for Outstanding Contributions to IT Industry in 2008. He has also received seven Best Paper Awards, two ACM Distinguished Paper Awards, and one Most Influential Paper Award. His current research focuses on autonomous driving and the safety of systems that rely on artificial intelligence. He serves on Society of Automotive Engineers task forces on level of driving automation, reference architecture for automated driving systems, and maneuvers and behaviors. As part of this research, he co-leads the development of UW Moose, Canada’s first self-driving research vehicle (autonomoose.net).

Title and Abstract of the Talk:

Requirements Engineering in the Age of Societal-Scale Cyber-Physical Systems: The Case of Automated Driving

Societal-scale cyber-physical systems (S-CPS) are computer systems controlling physical entities using sensors and actuators, with intelligence provided by software and data, and deployed at a large scale. Over the next few decades, these systems are poised to transform entire sectors of our life, including energy, healthcare, and transportation. Automated vehicles are a prime example of such systems: they are computers on wheels that run on data while communicating with smart infrastructure and each other.

Requirements engineering (RE) has a key role to play in this transformation and in achieving the positive effects S-CPS. I will argue that RE for S-CPS should be data-driven, continuous, and values-based. While these directions have already been identified in the RE field, this talk will exemplify their role for automated driving and point to open questions and future research opportunities. An important theme throughout this talk will be safety assurance, which is an immediate major challenge for engineering of these systems, and RE has also a key role to play in addressing it. 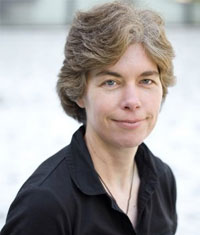 
Dr. Gail Murphy is a Professor in the Department of Computer Science and Vice-President Research & Innovation at the University of British Columbia. I am also a co-founder and Director at Tasktop Technologies Incorporated.

Her research interests are in software engineering with a particular interest in improving the productivity of knowledge workers, including software developers. Her group develops tools to aid with the evolution of large software systems and performs empirical studies to better understand how developers work and how software is developed.


Title and Abstract of the Talk:

Beyond DevOps: Finding Value through Requirements

The DevOps movement enables the more frequent delivery of changes to a software system. Adopting DevOps practices is seen as enabling the ability to get more done. But is the more that is getting done actually of value to the end user or to the producing organization? In this talk, I will explore how the ideas of value streams are being applied to software development and how the requirements community is key to enabling an increased focus on the delivery of value.